EVENT: A Conversation About Placemaking with Linda Pollack & Sara Daleiden at the Riverwest Public House 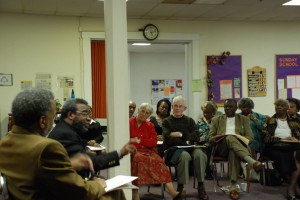 The Riverwest Public House Cooperative, Greater Milwaukee Committee and MKE<->LAX present a conversation between Linda Pollack and Sara Daleiden, who both have practices based in Los Angeles that focus on the arts, the economy and cultural exchange. Linda and Sara will explore national tendencies with placemaking through major funders such as ArtPlace America’s Innovation Grants and the National Endowment for the Arts (NEA)’s Our Town Grants. Linda will share a Midwestern iteration of her project My Daily Constitution generated in Indianapolis as a case study of placemaking in extension of a public art dialogue. With My Daily Constitution, Linda generates an expressive public platform for conversation about democracy, where an active interpretation of the U.S. Constitution connects to the values of a local place.

Linda Pollack is the creator of My Daily Constitution which was initiated for the “Democracy When?” exhibition at the Los Angeles Contemporary Exhibitions in 2002. The project came as a response to the political and cultural climate in the United States after the initial shock of 9/11 and the passage of the USA Patriot Act. Continuing her investigation into the culture of democracy, Linda brings together innovators, the People, and the U.S. Constitution into public conversations to explore the U.S. Constitution as a living document that affects our daily lives. 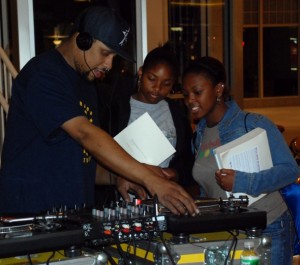 Sara Daleiden is the director of MKE<->LAX which investigates cultural exchange between two American regions, with Milwaukee and Los Angeles as epicenters, through residencies and public programs focused on the arts in both places. MKE<->LAX creates conditions for social interactions in developing landscapes with an emphasis on regional poetics and expansion of market. She currently works as a consultant for the Greater Milwaukee Committee’s placemaking initiative ‘Creational Trails funded by ArtPlace America. ‘Creational Trails has an open Call for Performance Ideas available to residents of Harambee, Riverwest and nearby neighborhoods.
Share →
Tweet